You were once dead because of your trespasses and sins. Now, Paul reminds you that in time past you walked in those trespasses and sins according to the course of this world. To "walk in your sins" simply means that you have lived a persistently sinful lifestyle, thought nothing of it and enjoyed the sensations provided by it.

Peter wrote the same thing in his epistle, saying, "For the time past of our life may suffice us to have wrought the will of the Gentiles, when we walked in lasciviousness, lusts, excess of wine, revellings, banquetings, and abominable idolatries." (1 Peter 4:3) He said that we have wrought, fully worked or accomplished the will of the Gentiles or heathen when we lived to please our own flesh.

In other words, having lacked the knowledge of God, which Paul prayed in the first chapter for the Ephesians to receive, you were under the influence of the heathen people around you. You practiced their traditions, their religions, their self-indulgence. But, where did all of these sinful traditions and urges come from? They originated in the mind of a prince who rules over unbelievers.

Paul called Satan the prince of the power of the air, because he was the leader of the pack, and I do not believe that Paul would have relied on the false beliefs of anyone to describe this evil creature whom we, as unbelievers served.

Just as God's Holy Spirit works His exceedingly great power toward, in and through believers, Satan is a dark spirit who works his limited powers in the children of disobedience. But, Satan tries not to limit himself to unbelievers, and we Christians are forced to constantly battle with the temptations that he places before us. Fortunately, he has no power over God's people except what we yield to him.

Nevertheless, our effort to win the occupants of this planet to Christ is a difficult spiritual battle. "For we wrestle not against flesh and blood, but against principalities, against powers, against the rulers of the darkness of this world, against spiritual wickedness in high places." (Ephesians 6:12)

Our battlefield stance is made on our knees, praying, "Thy kingdom come, Thy will be done." Pray for the lost souls around you who are still under the power of the prince of this world. Ask God to lift the blinders from their eyes so that they might see the glorious light of the Lord Jesus Christ. Confess your sins to God and thank Him for forgiving you. Thank Him for working in you and for giving you access to His great power through faith. Resist the devil and he will flee from you. 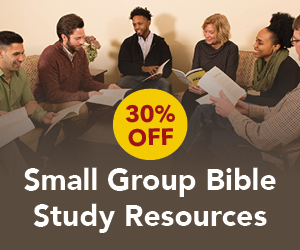